We've been busy creating lots of fantastic art! Here's a look at some great projects that we did during the Children's Winter Session during January and February.


Chinese Dragons
Using metallic markers on black paper, this was a fun way to learn about Chinese Dragons and how to draw these mystical creatures. 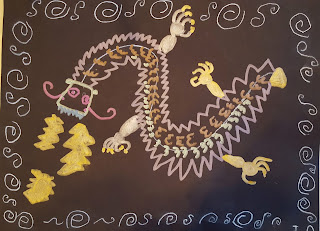 
Arctic Animals
Using sticker paper we first drew an arctic animal, cut it out and placed it on our paper.  Then with tempera paint, the kids learned how to paint an icy cold landscape and some color mixing to make shades and tints.  Finally we pulled the sticker off to reveal the white animals and added details with oil pastels. We learned about animals such as caribou, foxes, snowshoe hares, polar bears, and wolves. 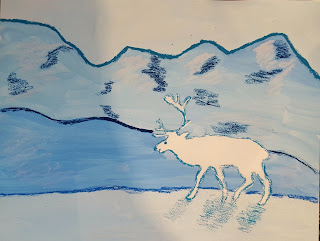 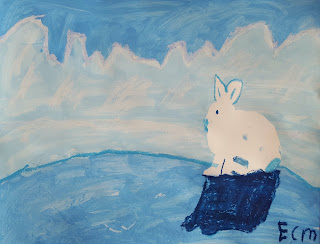 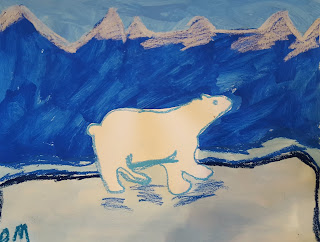 
Inuit Whale Portraits
As we researched the Pacific Northwest Native Americans or Inuit tribes, we learned about their art designs of sea animals.  These art projects took us several weeks to do but turned out to be a favorite of the students.  We used plaster on cardboard, tempera and acrylic paints, Crayola model magic and play dough and foam paper to create a layered, 3 Dimensional relief sculptures. 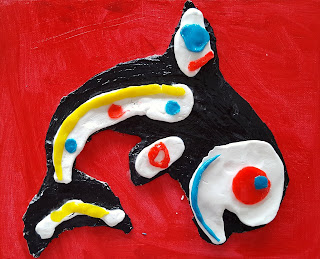 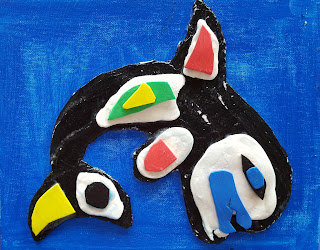 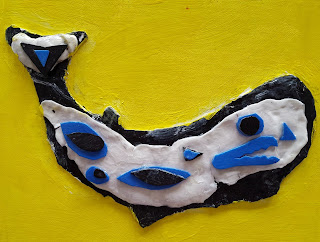 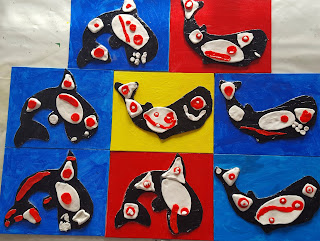 Inuit Totem Poles
While we were doing the steps of creating the Inuit whale portraits, the students worked on these fun totem poles.  They thought it was great to learn about the animals and color symbolism while they learned how to draw in this unique style. We used watercolors and sharpies for this project. 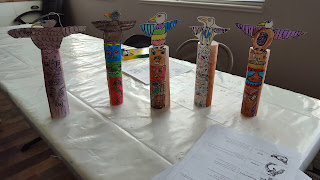 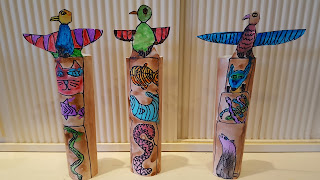 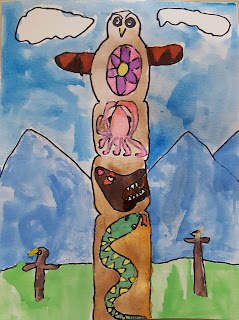 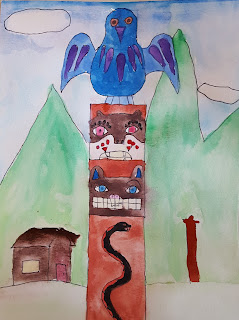